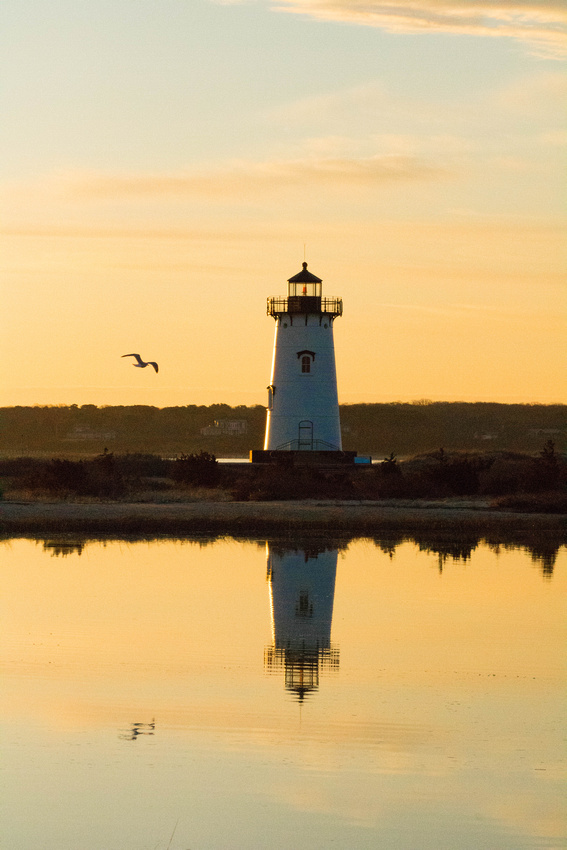 Do you ever arrive to a new location and become awestruck by it's surroundings?  Do you wonder to yourself what and where you should start shooting because the area is so breathtaking?  There were myriad scenes to choose from on the weekend of March 5th.  I'd been spending it with my beautiful girlfriend at the Harbor View Hotel located in historic Edgartown, Martha's Vineyard, and our view from our hotel was picturesque.  Martha's Vineyard is one of the two most famous islands located just south of Cape Cod in Nantucket Sound. The other one is Nantucket. Martha's Vineyard is where millionaires buy summer homes, and Nantucket is where billionaires buy them. Does that give you an illustration of the historic homes found there? "The Vineyard," is where the movie JAWS was filmed.  It's where a few presidents vacation.  It's where thousands of tourists from around the globe flock to in the summer.  We happened to visit in the off-season, when most shops are closed and only a few restaurants remain opened. You might think this a perfect time to have the island all to yourself, and it is. However, the day before, one of our adventures included a Saturday matinee of Zootopia, where we found every child on the island that day. Two seats remained open in the theater that day.  The rest were occupied by moms, dads, and their kids. The crackling of candy wrappers and slurping of drinks almost drowned out the narration of previews. Even though we spent the afternoon with every child and mom on Martha's Vineyard, I'd highly recommend the heart-warming, fun-filled animated Disney flick if you're in need of some euphoria. Along with the happiness I was feeling from spending the weekend on the Vineyard with my girlfriend, and viewing Zootopia, my photographer's delight was fulfilled the next morning. The view was spectacular.  I needed a sunrise photo of Edgartown Lighthouse before leaving the island.  So, we both rolled out of bed the next morning, offering each other grimacing glares through our weary eyes, because of the early hour.  You could see the first light peaking over the horizon.  We made our way out the front door of the Harbor View Hotel and down the steps, across the road and to the path, which led to the lighthouse.  After a few captures, and increasing golden light, I noticed a seagull stretch its wings, caw loudly, and approach the lighthouse.  The bird positioned her silhouette just to the left of the lighthouse, as the golden light saturated the morning sky to produce a warm and pleasing backdrop.  With one snap of my Canon T6i digital rebel I captured a favorite photo of mine:  "Reflection," Martha's Vineyard, MA.